Here is a super interesting industrial project at 5th and Columbia. The site is owned by Pyrrha, a local home grown jewellery designer. Having purchased the site in 2009, they have now out-grown it. They were thinking of relocating to LA, which houses a retail location of theirs, or to a larger warehouse in the suburbs. Instead, they have chosen to remain in the Mount Pleasant area, and will retain their 26 employees in Vancouver. The total sqft of the project will be 8,800 sqft.

While the project originally envisioned tearing out the existing home, the heritage board demanded it be kept. There will be a height bonus applied instead, allowing the tower to reach 6 stories. The heritage house will have a design studio on the second floor, and a retail store on the ground level. The store’s interior will have an archive of the works of the company.

The tower… is just, wow. I don’t say that lightly. It will be constructed from 5 ply CLT wood, including the elevator core. There will also be a wood window system featuring tinted glass to help with solar gain. The cladding of the tower is what really stands out. The skin will be composed of free pour metal shingles. The team is still undecided on whether to go with shingles made from cast iron, patinaed aluminium, or a blackened aluminium. The tower itself has remarkably small floor plates, roughly the size of the town hall room at city hall (where UDP meetings are held). Also, as an experimental idea, the team is toying with the possibility of channelling the heat from the cladding to help power the operations. 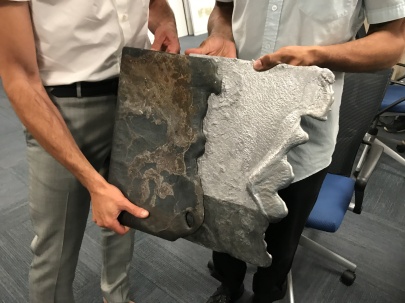 Connecting the tower to the house will be two floors of underground space. There will be no vehicle parking on-site, but there will be space for bikes. Apparently plans are in the works to make 5th avenue more cycle-friendly.
Above ground will be a small courtyard complete with plants native to the area, and metallic plants designed by the company.

Unsurprisingly, this sailed through the UDP despite having a remarkably thin package. The team presenting didn’t even have a landscape architect on hand.

The consensus was roughly; That the building will be a unique benchmark for the area; That they would have liked to learn more about the landscape, and; That the panel would like to see many projects like this going forward. Continuing consensus was that it was great to see no proforma; That it will be a piece of jewellery, and; That under no circumstances should value engineering be allowed to scale this project back.

Oh, in case it wasn’t clear, this passed without any recommendations.